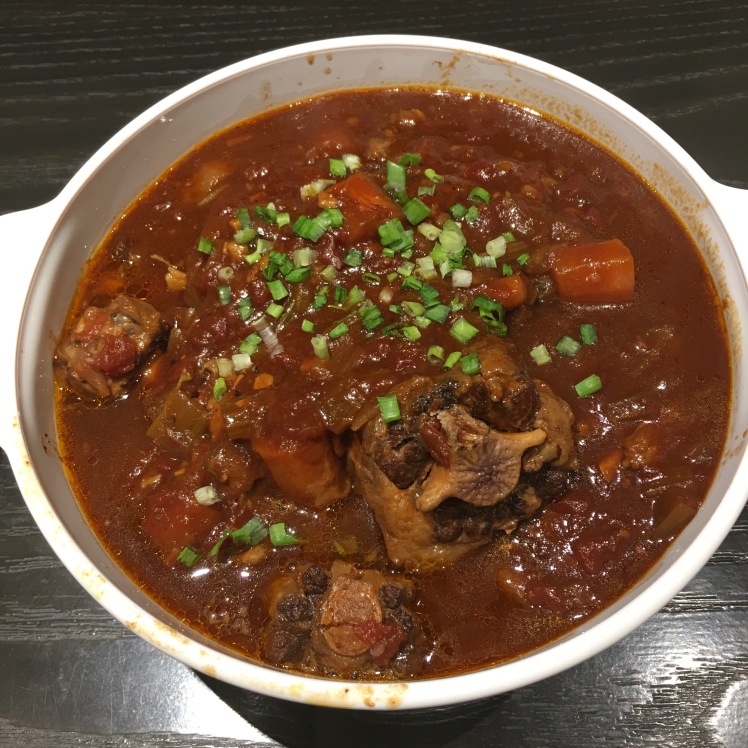 I’ve grown up in an amazingly rich food culture. Singapore is known as one of the food capitals of the world. But I remember a humbler and simpler past. Singapore’s colonial past meant that Western food was part of the culinary offerings available even when I was a child, but local chefs had given these a uniquely Asian spin to it. The Hainanese  were latecomers among the Chinese immigrants to Singapore. They came at the time that the other dialect groups like the Hokkien and Cantonese and Teochew speakers had taken up most of the merchant and banking and retail businesses. Everything worked by 关系 or by relationship and the Hainanese then entered the food industry and put their unique signature on local food. Today there is of course Hainanese Chicken Rice, which some say is Singapore’s national dish, but there are other interesting twists like Hainanese pork chops. These early cooks probably adapted to the scarcity of herbs like rosemary and thyme and oregano and substituted what was readily available – soy sauce, cinnamon sticks, star anise and cloves.

I know that food culture does evolve over time, but not always for the better. My family has strong views on American Chinese food – it is nothing like the delicate flavours of Chinese food that we are used to back home. In fact, when I first ate American Chinese food I was horrified when I was given an egg roll, which seemed to be like a hulking, ugly poor cousin of our crispy and light spring rolls. And I am still amused when Americans tell me how much they love fortune cookies and Singapore noodles. Fortune cookies would not be recognized by Chinese outside of America (it was a Japanese invention in America) and no, Singapore noodles cannot be found in Singapore. No true blue Singaporean would confess to the travesty of such a dish…

On the other hand, some cultures actually do it much better. The Japanese have taken on curry, hamburger steaks and cheesecake and transformed these into their own distinct and sometimes better versions. And of course the preciseness of their presentation and the proportions are exquisite.

For is cook, I drew back on memories of the local oxtail stew as I was growing up. I don’t often see this version in restaurants, although I suspect some old time Hainanese restaurants like the Ship may still serve it. The stew is flavoured with dark and light soy sauce and fish sauce (yes it works!) as well as spics like cloves, star anise and cinnamon sticks. The result was amazing! The family said that this was even better than the usual oxtail stew that I make with wine and balsamic vinegar. I suspect we all have local palates and this stew fit into our local flavor profile. Regardless, this recipe is a keeper and I suspect this will be my regular version for the future.