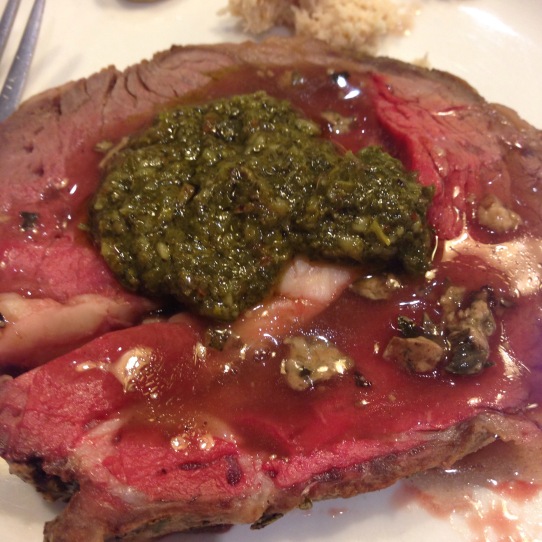 It has been a rather harrowing couple of days on service, having to break bad news to several families and not just having to manage the kids’ illnesses but the roller coaster of their parents’ emotions. Days like this I feel like I’ve been through an emotional wringer and it does take time to get myself back on an even keel again. Times like this I am reminded of Michael Card’s song about himself and his doctor father “Underneath the Door” –

“My father was a doctor, who would come home late at night
With a soul so bruised and bleeding from his unending faithful fight
To keep a hold of kindness in a world that isn’t kind
To hold out the hope of healing to his hurting humankind

And he’d flee back to his study, to his bookish quiet place
With notes and books and journals, to all in his special space
Then he’d lock the door from things that cannot be locked out…“

Cooking for me is not just an indulgence but an essential part of moving away from the tough parts of the job and doing something that is productive in a completely different way. I always joke that I turned to cooking during my post-doctoral fellowship because all my experiments used to fail. But the truth is that cooking is a finite task with clear results in a couple of hours and usually delivers relatively quick gratification. Most people who know me well notice that the more stressed I am, the more I cook or bake. There was once i took part in a bake-off fundraiser at work and in preparation I had been trying out many different cupcake recipes and was giving out batches of my cupcake experiments. One of my cell group members actually came up to me to ask if I was all right and if I was stressed out at work!

Anyway this weekend, the cooking was my instinctive response to the rough and tumble of the week. This morning after hospital rounds i treated myself to a quick run to the meat wholesalers where I found a decent large and relatively cheap piece of ribeye. There is nothing like succulent roast beef. This is perfect for a weekend meal and is needless to say, a low carb indulgence. This is a recipe that I have always used for standing rib roast when I want to impress and feed a large crowd and has been scaled down for this smaller cut of beef.

I discovered chimichurri sauce when I was in Brazil last year where I probably had the best beef (yes I love picanha!) in my life. I adored the side dishes and the piquant flavours of Brazilian/Argentinian chimichurri sauce. Chimichurri sauce is a green sauce made from parsley and oregano that is usually served on top of meat or fish. It is not really clear what “chimichurri” means, but it is thought that Basque settlers in Argentina used a term “tximitzurri” which means “a mixture of several things in no particular order”. It is a rather unprepossessing looking sauce but the flavours are vivid and the vinegary and slightly spicy tones elevate the richness of the succulent ribeye.

Method
1. Sprinkle sea salt and black pepper over the whole roast and rub in. Tie the roast with kitchen twine.
2. Mix thyme and rosemary with the mustard, and coat whole of the roast. Refrigerate for at least 3 hours.
3. Preheat oven to 225 deg C, roast meat rib side down in a roasting pan for 15 minutes, then bring temperature down to 160 deg C. Continue roasting for approximately 1 1/2 – 2 hours. Check temperature of roast with meat thermometer – the roast should be about 60 deg C for medium rare center.
4. Remove roast from oven, cover with foil and allow to stand for 1/2 hour before serving.
5. For the chimichurri sauce, place the garlic in a food processor and chop.
6. Add the parsley, coriander leaves and dried oregano and chop further.
7. Add the white wine vinegar, olive oil, red pepper flakes, ground cumin, sea salt and black pepper and blend. Taste and adjust seasoning. Serve on top of the sliced ribeye.