I have shared before that I am not terribly fond of Malay noodles like mee rebus and mee siam. However, I make an exception for dry mee siam, which I believe has Nonya or Peranakan roots. The Peranakans were Chinese immigrants who settled in the Malay archipelago in the 15th – 17th centuries, intermarrying with local Malays, Indians and Portuguese-Eurasians. I have often been asked if I am Peranakan, possibly because of my insatiable obsession with local food, but I unfortunately I have no such origins and am easily able to trace my ancestral roots to Southern China 2 – 3 generations ago. The Peranakans are also known for their fiesty and indomitable matriarchs, the mish-mash of local patois (which meant that you had to be effectively trilingual to understand the blend of English, Malay and Hokkien) as well as a truly incredible cuisine. If I were Peranakan however, I would probably be able to dominate my kids and I would definitely be able to make them eat durian and spicy food. Unfortunately because they spent several of their early childhood years in the land of pizza and Mac and cheese, I have abysmally failed to pass on my love of local spicy dishes to them. I think the first 6 years of life are where one’s taste vocabulary is indelibly formed and I suspect I have missed the boat in making them my durian kakis.

Actually, come to think of it, my taste vocabulary was probably set up by multiple visits to Penang as a child. My mother’s family was from Penang and I have great memories not just of Penang street food like the char kuay teow, Penang laksa and chendol, but also great home-cooked food. One of my adopted grand aunts who did the cooking was a truly awesome cook and one of my greatest regrets was that she passed on before I was old enough to want to learn to cook from her. I remember one holiday going very early in the morning to a nearby stretch of beach and picking up the little clams that were dotted on the shore in the receding tide. I had a little red bucket and managed to fill it almost to the brim. We then trotted home and passed great-aunt our spoils of the morning and in less than half an hour she had a steaming spicy clam “siput” dish ready for us. The lady could cook superb meals out of anything and even today my aunts still talk about her prowess. I suspect we have lost a whole generation of tastes and culinary ability with the passing of that generation of women, few of whom ever passed down their kitchen secrets.

Anyway, back to Nonya dry mee siam; I have tasted pretty good versions of it in Singapore. Nonya dry mee siam is a rice noodle dish and the robust flavours are drawn from dried shrimp and shrimp paste that gives each mouth of noodle a very rich, seafood-y flavour. The salty bean and shrimp paste is balanced out by the tartness of the tamarind paste and a small amount of sugar. Again, making this a low carb dish was not too difficult as shirataki noodles mimics local noodles much better than spaghetti, and soaks up the flavours really well. 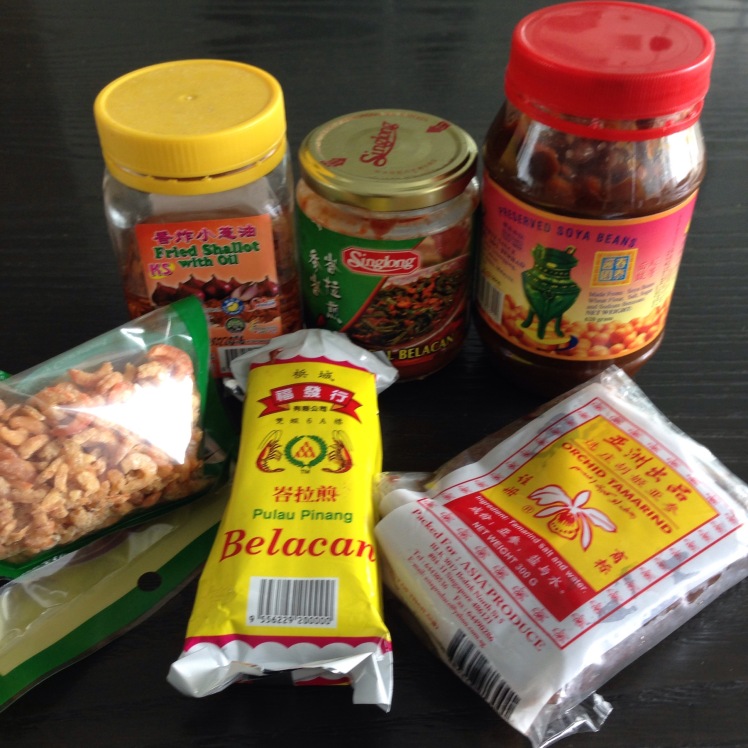 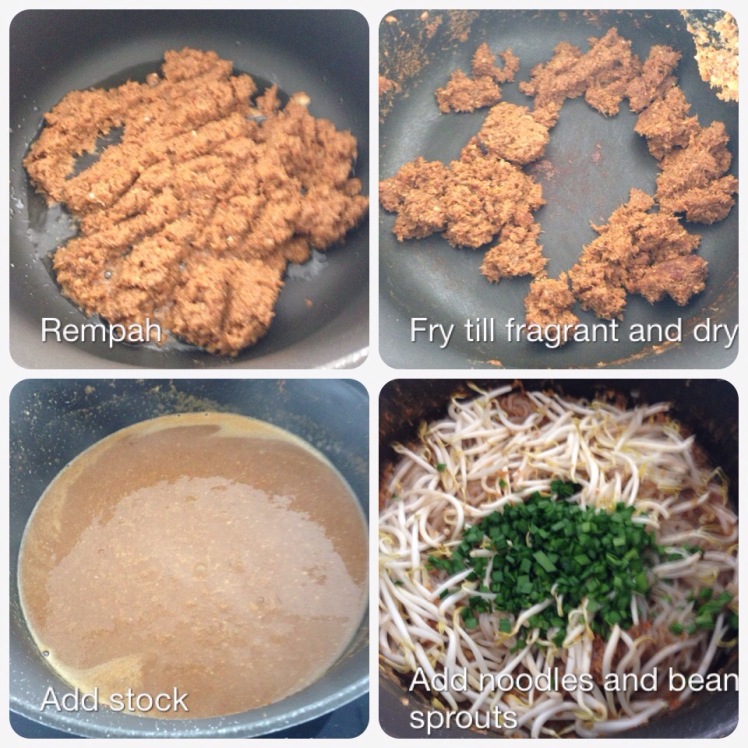 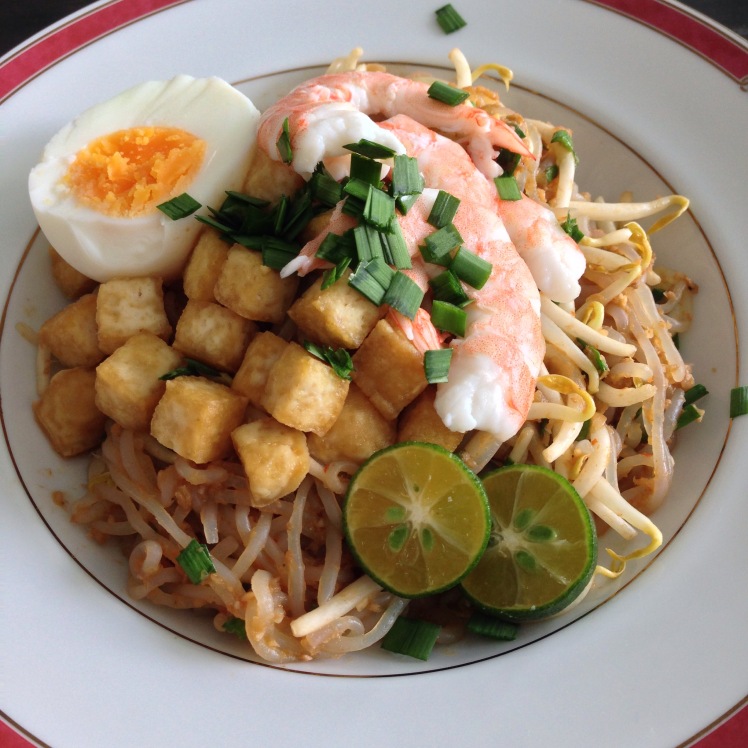