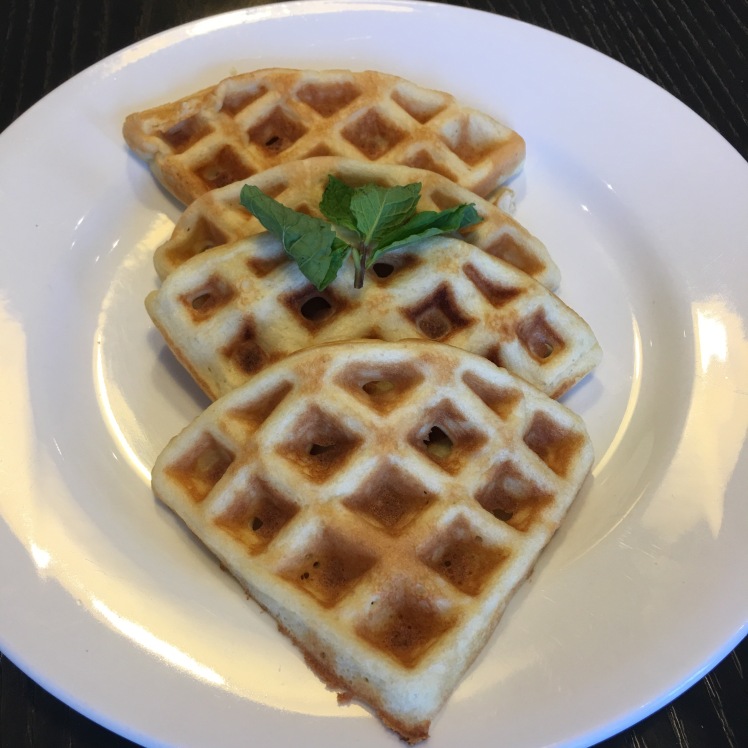 It’s birthday week! I think dear hubs is always stressed out at this time of the year because father-in-law’s, kid#1’s and my birthday all fall around the same time. Apparently he’s been getting tips from his patients on how to celebrate my birthday – many suggestions on a day at the spa, cooking classes…he finally copped out and told me he would bring me to buy whatever I wanted for my birthday. This really riled one of his patient “consultants” however as she said that was sheer laziness. However, she didn’t know me – I pointed out that I have a phobia of spas since a bad massage experience some years ago. And I don’t attend most cooking classes as I only do low carb cooking (and I am more inclined to run the cooking class than to take it!). I dragged hubs instead to Tott to get my newest cooking gadget, which is the raison d’etre for this post today.

Truth be told, I’ve been getting cravings after reading other people posting beautiful pictures of low carb waffles – I did try to make a batch recently but failed dismally, probably because the waffle maker was about 20 years old and had lost the non-stick coating already. That batch of batter was quickly converted into pancakes but it left behind a simmering sense of dissatisfaction.

The other thing that happened recently was that I discovered that my diabetes is probably genetic (not surprising but it still surprised me) and I started being more conscious of the implications for kid#1 and kid#2. My home is probably 80% low carb – hubs is quite compliant and kid#1 buys in intermittently (for vanity’s sake) and my parents have recently become much more conscious. But kid#2 has a real sweet tooth and her love for bread and pasta is unparalleled. So I figured if I make low carb bread, waffles and some other treats there would be enough stuff for her to bring to school for the in between snacks. Which is another good reason for a waffle maker upgrade! 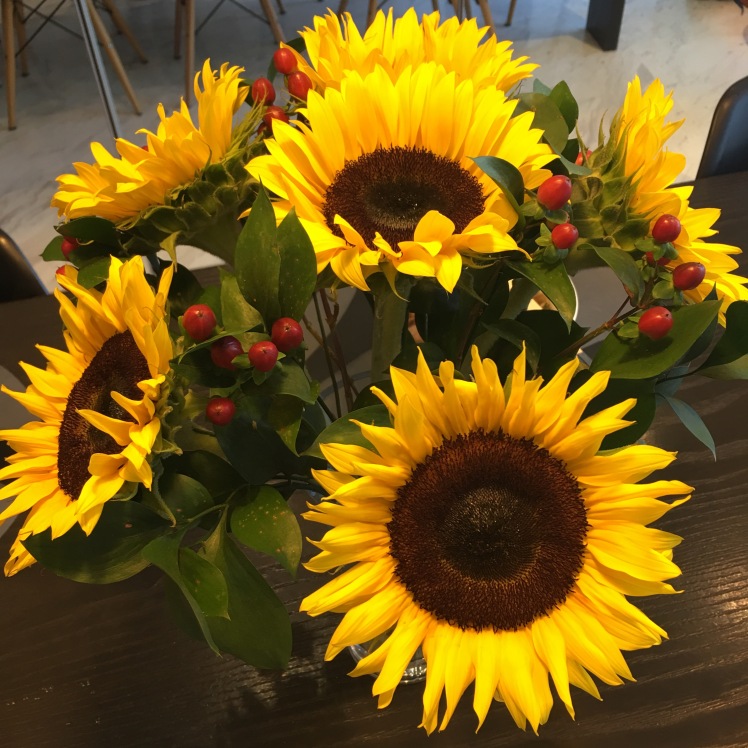 Dear hub’s floral gift – after double checking with kid#2 about what flowers I really like 😂.

This birthday has been a blast despite having to run a full day clinic. I super loved the fact that my colleagues knew my low carb needs and I got a bunch of low carb gifts! Salad, cheese, coffee and flowers just to tide me over a busy day. And on top of that a really awesome resident to help me scribe and run the clinic! 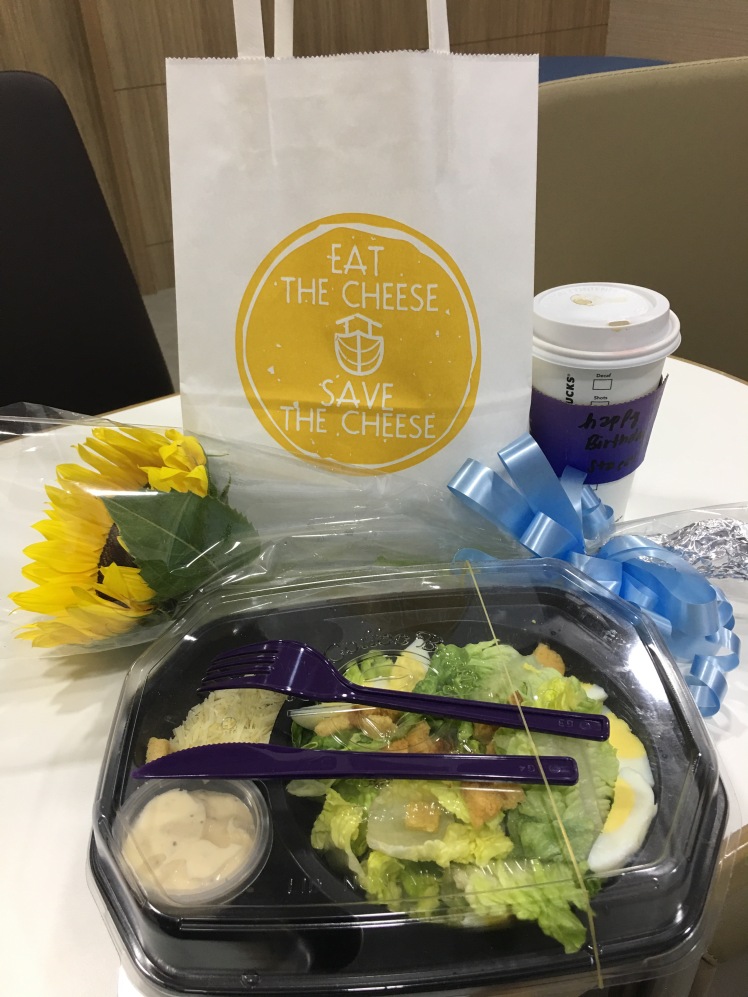 To top things off, hubs brought me out for a post-birthday breakfast on Sentosa – it was great wandering on the beach and retrieving memories of chasing my kids around in and out of the water when they were little. And the massive holes we would dig and later worry if someone would fall into the hole.

Palawan beach – the southernmost part of continental Asia according to the signs.

So it was fun after the Sentosa outing to wander around Tott and check out the different waffle makers. I fell in love with the Cuisinart one because it does a thick Belgian waffle and it has a timer to it – no more guessing about when to lift the lid of the waffle maker! Today’s breakfast waffle was a good inauguration. I decided to create my own version of coconut waffle. This is a sweet waffle that would be great for a packed snack as there isn’t a need to pour syrup over it. Plus it represents the Asian slant on waffles – I think I’ve seen some Vietnamese coconut waffle recipes around. In Singapore we also have a pandan (screw pine leaf) flavoring which is wonderful but I didn’t have any handy this morning if not I would have made a pandan-coconut waffle.

So here is my take on an Asian waffle – coconut waffles for breakfast. The food of champions! 😋