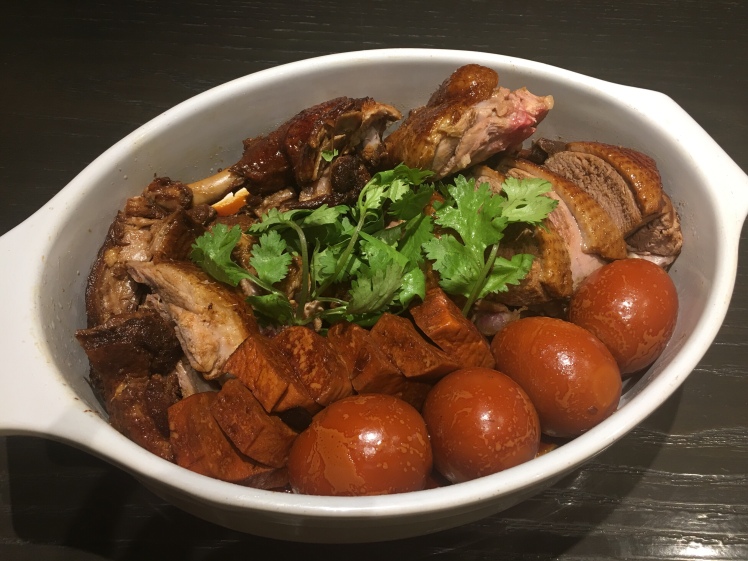 I’ve been annoyed for quite a bit. Ever since Christmas, the Instant Pot has been out of stock. Here in Singapore the best place to get the IP is via Amazon UK as the plug and power is exactly correct. I’ve been hankering after the 8L Pot for more than a year already for 3 reasons:

1. I want to make beef pho broth for 10 people (haha I do get quite a lot of visitors).

2. I want to do a whole braised duck in the Instant Pot.

3. My 6L baby is super overworked and I need a back-up!

Unfortunately the pot has been out of stock since the overwhelming demand from Christmas, and according to Instant Pot staff whom I emailed, the delay was compounded by the long Chinese New Year holiday in February (most Chinese businesses take 2 weeks off during this season).

So I’ve been gritting my teeth and checking out the Instant Pot UK website intermittently; the urgency was simply because I had a friend going to the UK in April who could have brought the pot back (he was kind enough to bring back my first baby)…but it looks as though I’ve missed out my “free” shipping…

Anyway to get the frustration out of my system I decided to do the braised duck in my 6L pot but I used half a duck only. Actually come to think about it, I could have done a whole duck but sequentially in 2 batches…so I guess I’m none the worse for having only a single pot.

Teochew braised duck is a heritage dish in South East Asia. The Teochews are a dialect group from Chaozhou province in China; it was one of the largest groups that settled in South East Asia. As a Hokkien, I can understand someone speaking Teochew because the dialects are somewhat similar, unlike Cantonese which I still have huge problems understanding till today.

Teochew food is actually pretty delicate with less spicy tones, although some dishes can be pretty herbal in flavour. The lor ark or braised duck is a little more strong flavoured, with cinnamon sticks, star anise, cloves and five spice powder giving the broth a good kick. The combination of spices in the end is really a personal preference – I’m personally a little leery of putting too much star anise in as it has a strong liquorice-like flavour. But the recipe can certainly be tweaked to your personal preference.

In the end this braised duck was flavourful enough – I’ve seen other recipes which leave the cooked duck in the braising liquid overnight to infuse more flavour but we just couldn’t wait to eat it! After all I live in an impatient household and there is a reason why I use the Instant Pot to cut the braising time from several hours to half an hour!